On Saturday, February 11th  the North York Knights attended the Toronto Marlies game against the Albany Devils at the Ricoh Coliseum.  Nearly 600 Knights players and family members helped the Marlies honour the men and women of the Canadian Armed Forces (CAF) as the Marlies hosted an appreciation day for the CAF families in attendance. 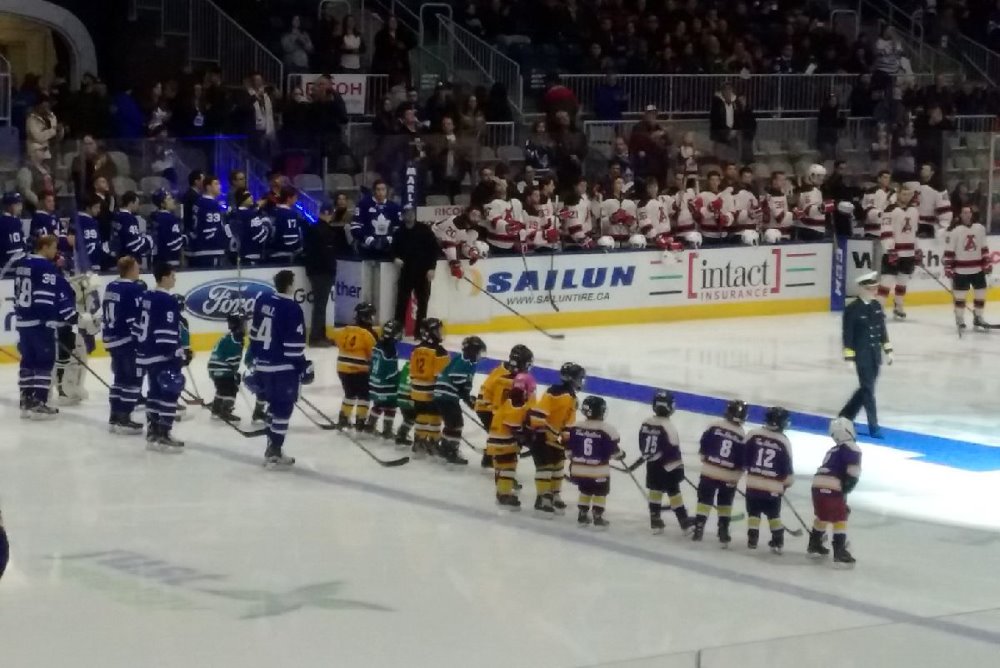 To start the festivities, the Knights and their families enjoyed a 2-hour family skate on the same Ricoh Centre ice that the future hockey heroes would be battling on in a few short hours.  The Atom division followed this skate with a spirited exhibition game pitting nearly 30 players from the division in a back and forth contest.  The players looked exhausted but thrilled afterwards to have sat on the same benches and played on the same ice surface as the NHL hopefuls. 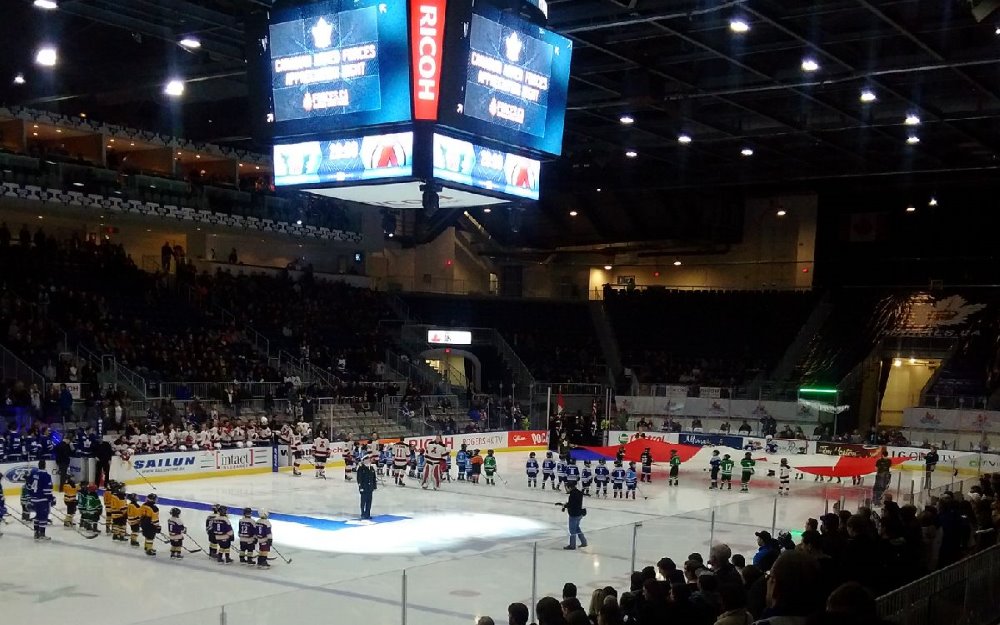 With a short break between these activities and game time many Knights players could be found in Marlies Alley participating in the interactive activities while others prepared for the experiences that were to come during the game. During the pregame ceremonies the Knights players were then put to work.  The first task was assumed by our youngest members, the “Learn To Play”(LTP) players who were tasked with inspiring the Marlies as they took to the ice, low fiving them and cheering them on as they made their way down the tunnel.  The Tyke division was well represented and their task was to cheer on the home team from the Marlies bench during the pre-game warm up. 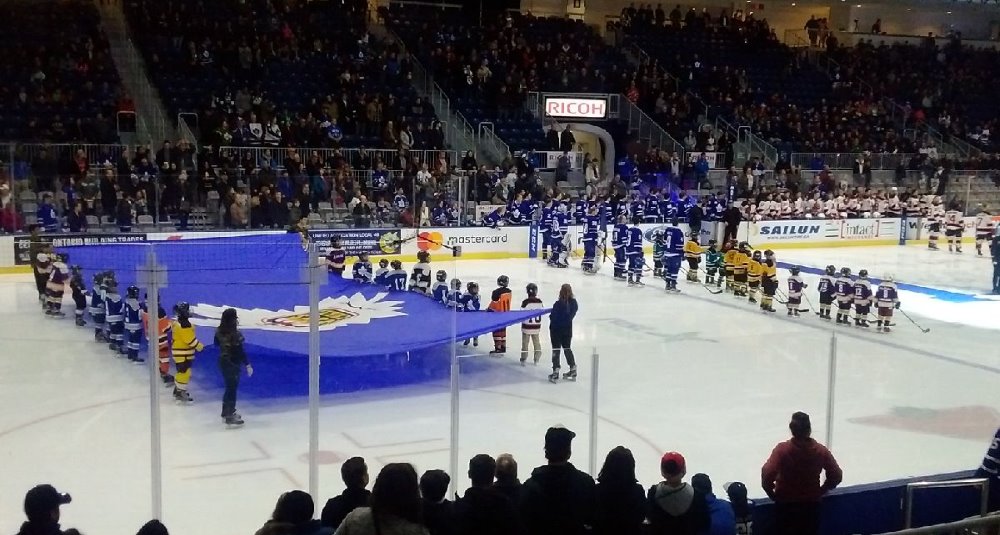 This ice level view certainly gave the Knights players a sense of the speed of the game and the size of the players. Next, nearly 50 Tyke players readied themselves at each blue line with the starting players of both teams to listen to the playing of the national anthems.  Surely, some of the players had to be imagining themselves as future stars in an NHL game at that moment. As the anthems began another 50 players from various divisions helped unfurl massive Canadian and Marlies flags. 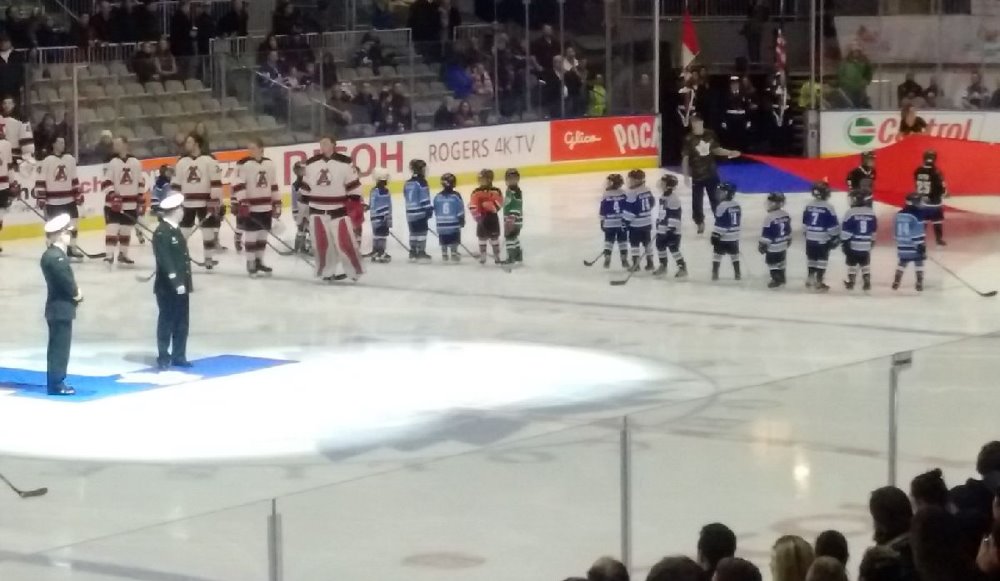 The Knights support seemed to spur the Marlies on as they finished the first period with a 3-1 lead.  During the intermission more Knights players helped “navigate” the 2 Zambonis as “co-pilots” while others again cheered the Marlies onto the ice in the Fan tunnel for the second period. The Marlies finished the second period up by 2 goals having secured a 4-2 lead. Unfortunately the team should have booked the Knights to cheer the players on for the 3rd as the team gave up their two goal lead and eventually lost in overtime.  The result of the game may not have been what the Marlies or the Knights wanted, but it did not diminish the impact of a great day for many Knights players and their families.