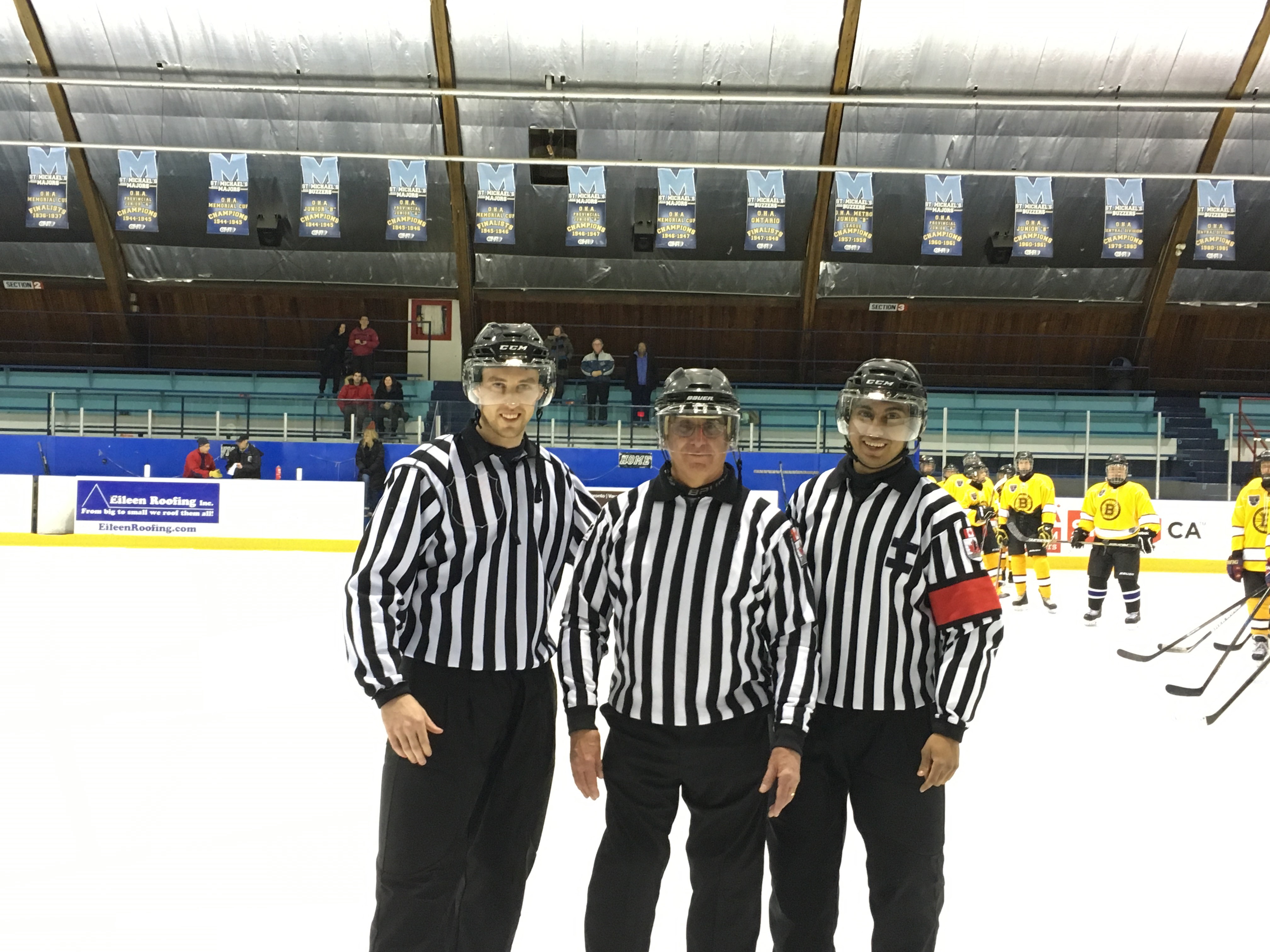 On Sunday evening, April 10th  St. Michael’s College School Arena was the scene of the Knights 2016 Finals Day. It was also a milestone date for the league’s longest serving official. The Midget championship game, an exciting contest determined by a shoot-out, marked the last game for Dan Nicholson, who retired after 35 years as a referee with the Knights and our predecessor organization, the North York Knights of Columbus Hockey League. Dan has decided to hang up his skates and his stripes.

No one knows how many games Dan called during his tenure as a referee and linesman for the Knights, but it’s a safe bet that it will stand indefinitely as a league record. As a long time teacher at St. Mike’s, Dan no doubt developed the even temperament that served him well as an on ice official (not to mention the second set of eyes in the back of his head which are a key attribute of any successful teacher or referee). Dan also served for a number of years as the Knights referee-in-chief.

Being a man of many interests and skills, Dan, in addition to his full time teaching profession and part-time refereeing career, also served the Knights for many years as our official league photographer. Many a budding young superstar had his first hockey photo taken by Dan.

Game nights next season somehow just won’t be the same without Dan in his referee’s stripes, whistle at the ready. The Knights Executive would like to thank Dan most sincerely for his many years of service and to wish him all the best in his retirement from Knights hockey.